Video and outcomes of MECLA Government and Industry Event

Videos are available of the joint MECLA and NSW Government event at The Sydney Mint where SMaRT's Prof Veena was a guest speaker joining high ranking government officials and industry CEOs to discuss their zero carbon commitments and pledges to drive down carbon emissions.

UNSW SMaRT Centre is a founding partner of MELCA (Materials and Embodied Carbon Leaders’ Alliance) and below the first video is a package from the event where Veena joined the discussion about collaborative action and innovations that reduce embodied carbon in the building and construction industry, highlighting some of UNSW SMaRT Centre's recycling technologies, while the second video is the full 50-minute panel discussion.

The "Do-Tank" event featured speeches from Deputy Secretary of NSW Office of Environment, Climate Change & Sustainability, Rachel Parry, and Executive Director for Technical Services of Transport for NSW, Pamela Henderson. Both discussed the government’s commitment to achieve net-zero by 2050 and its role to play as a regulator and significant procurer of materials. NSW Government announced their continued support for MECLA into phase 2. MECLA is currently seeking funding from various jurisdictions including federal government and member organisations. 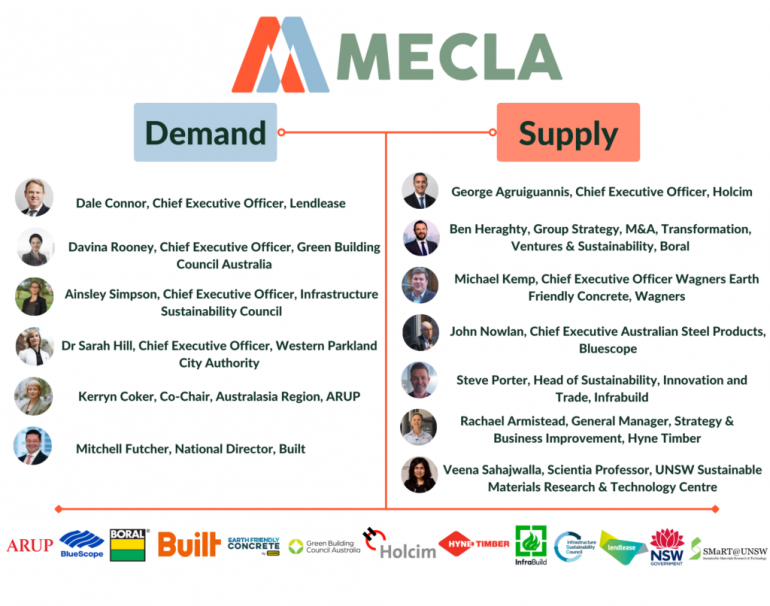 Materials & Embodied Carbon Leaders’ Alliance (MECLA) brings together the drive to reduce embodied carbon in the building and construction industry.

MECLA launched on 22 April 2021 as an NSW government supported program. Together with our industry partners we are building momentum towards the low carbon economy. Since our launch, we have grown to boast 120 Founding Partners from around the country and across the construction ecosystem including private sector, government agencies, research institutions and other professional bodies.