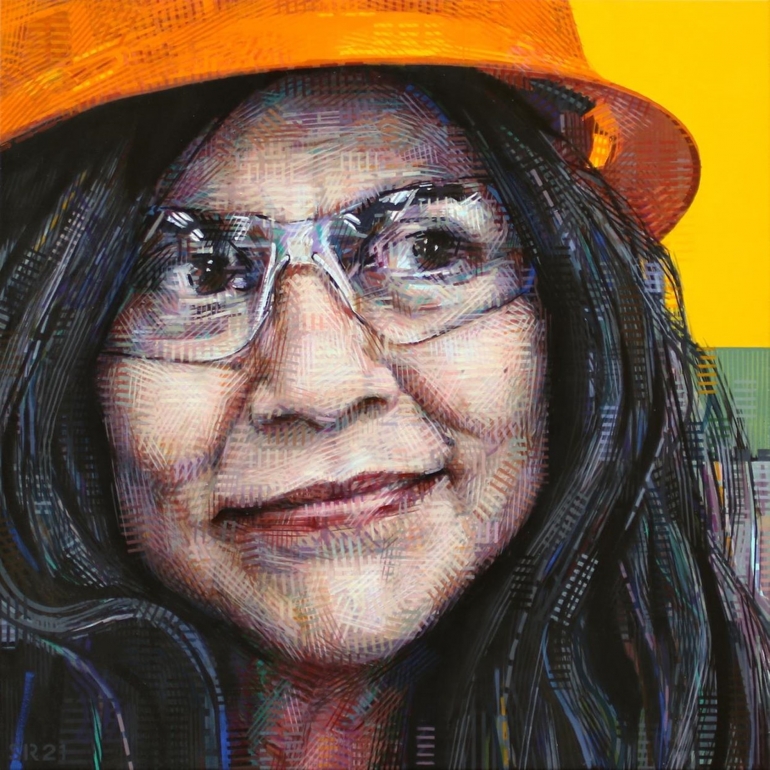 An Archibald Prize portrait of UNSW SMaRT Centre Director, Professor Veena Sahajwalla, has been featured in a special exhibition and magazine cover by the National Trust.

The portrait, by award winning artist Sally Robinson, was submitted to the 2021 Archibald Prize competition and, of those not shortlisted, is among the 'best of the rest' on display at the Salon des Refusés exhibition.

Hosted by the S.H. Ervin Gallery, the exhibition picks the best non-finalists, showing off some of the incredible works that didn’t make the official cut with many famous faces on show.

From publication Time Out:

Finalists in this year’s local spin include a gorgeously intimate depiction of beloved actor and Bump star Claudia Karvan playing with her pup, who goes by the adorably goofy name of Tumble. It was whipped by former Archibald finalist Luke Cornish, a talented artist whose work is created from countless layers of spray paint applied through stencils. Figurative artist Elizabeth Barden, whose portrait of First Nations performer Christine Anu hangs in Australian National Portrait Gallery, has captured Powderfinger lead guitarist Ian Haug. Staying on the music theme, Sulman and Archibald Prize-winner Wendy Sharpe has captured the gloriously kaleidoscopic energy of drag star pop band The Magda Szubanskis. Which is all the more cute, given she was a finalist in last year’s Archibald with her painting of the real deal Kath and Kim star. And in a year where science is saving our collective asses, we have all the time in the world for Sally Robinson’s likeness of professor, scientist, engineer and inventor Veena Sahajwalla.

And from the Trust's the S.H. Ervin Gallery:

The Salon des Refusés was initiated by the S.H. Ervin Gallery in 1992 in response to the large number of works entered into the Archibald Prize which were not selected for display in the official exhibition. The Archibald Prize is one of Australia’s most high profile and respected awards which attracts hundreds of entries each year and the S.H. Ervin Gallery’s ‘alternative’ selection has become a much anticipated feature of the Sydney scene.

Each year our panel is invited to go behind the scenes of the judging process for the annual Archibald Prize for portraiture and Wynne Prize for landscape painting and figure sculpture at the Art Gallery of New South Wales, to select an exhibition from the many hundreds of works entered in both prizes but not chosen for the official award exhibition.

The Salon des Refusés exhibition at the S.H. Ervin Gallery has established an excellent reputation that rivals the selections in the ‘official’ exhibition, with works selected for quality, diversity, humour and experimentation, and which examine contemporary art practices, different approaches to portraiture and responses to the landscape.

The Holding Redlich People’s Choice Award is valued at $3000 to the artist whose work receives the most votes. 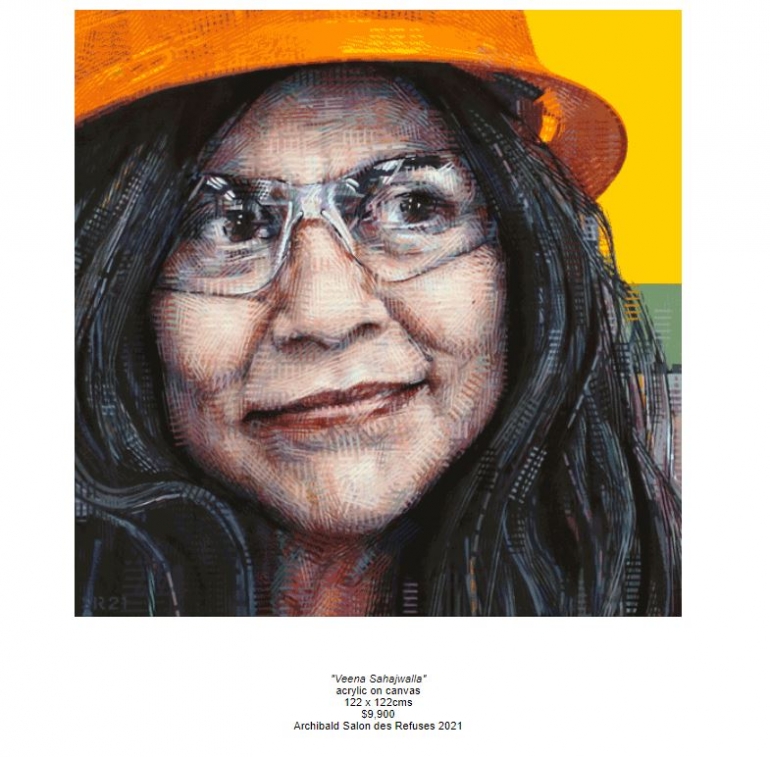