Some of UNSW SMaRT Centre's manufacturing and built environment innovations are being be featured in a new exhibition at the National Museum of Australian in Canberra as part of the Australian of the Year 2022 celebrations.

The exhibit is to celebrate the eight extraordinary state and territory recipients of the 2022 Australian of the Year Awards. Learn about their lives, aspirations and experiences through objects of personal significance.

Do the online tour.

The exhibit runs until 14 February 2022 in the Gandel Atrium and is free.

How to go to the exhibit.

Details on Veena being named 2022 NSW Australian of the Year.

The National Museum of Australia and the National Australia Day Council launched their annual exhibition of significant objects chosen by the eight 2022 Australian of the Year state and territory recipients.

The exhibition places focus on the objects, which tell us something about recipients’ lives, aspirations and experiences.

National Museum director Mathew Trinca said after a year of immense challenges, the state and territory recipients had selected objects that brought a sense of hope for the future, while National Australia Day Council CEO, Karlie Brand, said the objects had moved beyond being ordinary possessions and were now extraordinarily significant.

Curator of the show, Lily Withycombe, said: “I love this exhibition. These unexpected, personal objects give the background story to such extraordinary Australians and help everyone connect with their life journeys. It makes their achievements all the more inspiring.” 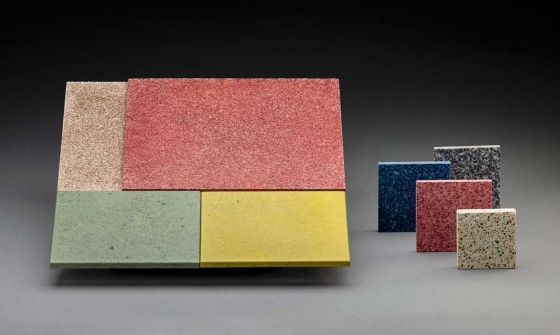 Below: 2022 Australian of the Year exhibition curator, Dr Lily Withycombe, at the National Museum of Australia. Photo: Denholm Samaras.